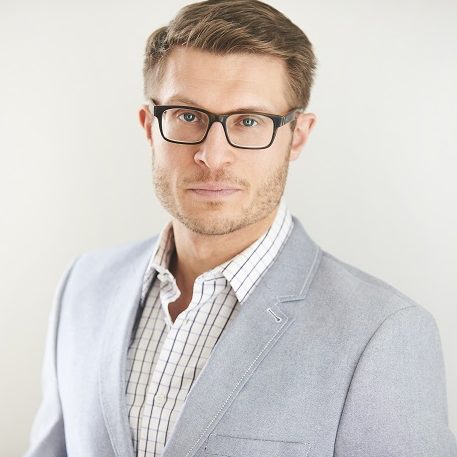 Stephen Runge
Holding a Doctorate of Music in Piano Performance, Dr. Stephen Runge is in demand across the country as teacher, adjudicator, and clinician. He is currently on faculty at Mount Allison University in Sackville, New Brunswick. He has been heard in concert from Victoria to Halifax as soloist and collaborative artist.
This user account status is Approved

Praised for his sensitivity and versatility, pianist Stephen Runge has been heard from Victoria to Halifax as soloist and collaborative artist. Stephen has been broadcast nationally on CBC Radio Two and La Chaîne Culturelle de Radio-Canada, and has recorded all the major works for solo piano by Robert Schumann. Stephen has received special recognition as soloist and for his frequent performances of chamber music and art song. In recent seasons he has shared the stage with artists such as violinists Jasper Wood, Andréa Tyniec and Kerry DuWors, tenor David Pomeroy, countertenor Daniel Cabena, mezzo-sopranos Krisztina Szabó and Patricia Green, and has appeared as soloist with the Regina Symphony Orchestra and the Mount Allison Chamber Orchestra.

Holding a Doctorate of Music in Piano Performance from l’Université de Montréal, Stephen is in demand across the country as teacher, adjudicator, and clinician. He has presented at conferences and workshops on topics such as effective practice methods, performance practices for Baroque and Classical music, and the challenges of teaching popular music. Stephen came to national attention when he was awarded first prize in the piano category of the National Music Festival. Since then he has been the recipient of several important awards, including prizes at the Eckhardt-Gramatté National Music Competition and the International Stepping Stone of the Canadian Music Competition.

Born and raised in Regina, Saskatchewan, Stephen Runge studied with Janice Elliott-Denike before completing a Bachelor of Music degree at the University of Victoria, where he was a student of Dr. Robin Wood and was awarded the Victoria Medal and the Governor General’s Silver Medal upon graduation. Under the direction of Marc Durand, he completed a Master of Music degree at l’Université de Montréal and an Artist Diploma at The Glenn Gould School of The Royal Conservatory of Music in Toronto. He also studied at the Banff Centre for the Arts with Julian Martin of the Juilliard School, and was a Fellow at the Tanglewood Music Center in Lenox, Massachusetts. Stephen Runge taught at St. Olaf College in Minnesota before joining the Department of Music at Mount Allison University in Sackville, New Brunswick, where he is currently Head of the Department of Music, Associate Professor of Piano, and Director of Mount Allison Local Centre Examinations in Music. He was awarded a Paul Paré Excellence Award in 2010 and the J.E.A. Crake Award for excellence in teaching in the Faculty of Arts at Mount Allison University in 2014.