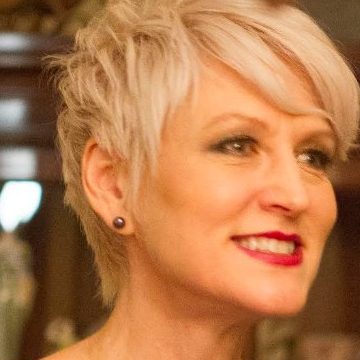 Alexandra Babbel
As a graduate of Taylor University, University of Michigan, University of Alberta and Northwestern University, Ms. Babbel brings enthusiasm, encouragement and unique insight to her adjudication. Voice Department head at Trinity University in Chicago and Founding Artistic Director of Opera Kelowna with a international solo career make for a well-rounded and exciting presence at festivals.
This user account status is Approved

Alexandra Kosachukova Babbel is a world renowned Soprano with an impressive career history who has entertained audiences around the world in many title opera roles. Settling in Kelowna 28 years ago, she opened Alexandra Babbel Studios and quickly became an important cultural icon for youth in the arts. The results of Babbel's passionate and tireless coaching skills are on the precipice of producing a new breed of successful, young opera singers.
Traveling with her pupils to eleven countries to perform and experience master classes by other Opera greats such as Barbara Bonney and Isabel Bakdarian, several of her students now enjoy professional operatic careers.

With world class training such as this, it is no surprise that she instills in her pupils, a love for classical music, along with the skills required to pursue and achieve major music scholarships in some of Canada's top notch universities.
Lyric Soprano Alexandra Kosachukova Babbel, being the only American-born member of her family, has approached her music with a great sense of privilege. Her German mother and Ukrainian father met and married in a displaced persons’ refugee camp after fleeing the Stalinist terror in Ukraine and later immigrated to the United States where Ms. Babbel was born.

Ms. Babbel’s opera career in Chicago included the title role in the World Premiere production of Philip Hagamman’s opera The Aspern Papers and roles with the Lincoln Opera and the Milwaukee Opera Company in Puccini’s La Boheme, performing both the roles of Mimi and Mussetta.

Ms. Babbel's has enjoyed Operatic and Concert Solo performances in Canada, Germany, England, Switzerland, Holland, Italy and solo concert tours in Russia and Ukraine including guest appearances with members of the Kiev Conservatory of Music, Moscow’s conductor Evgeny Vechenko, and recital performances in association with the Britten-Pears School.

In addition to training with teachers Galina Vesnevskaya and Kathleen Kaun and Vocal Coaches John Wustman and Joan Dornemann, Ms. Babbel sang in Master Class for Maureen Forrester and Elly Ameling. Alexandra Babbel holds a BA in Choral Music Education from the University of Michigan, a MA in Opera Performance from the University of Alberta and Post-Masters Certificate of Performance from Northwestern University, Deerfield, Illinois. She held the faculty position of Voice Department Head at Trinity International University in Deerfield, Ill
In 2015 Alexandra Babbel founded Opera Kelowna, one of only three professional opera companies in the province of BC (in association with Opera Canada and, by association, Opera America. Alexandra Kosachukova Babbel, the company’s founding artistic director, brings to the organization years of proven artistic vision. Ms. Babbel has demonstrated a keen eye for identifying new talent and providing a sound educational environment for artists to fully develop their craft.

Not only has Ms. Babbel enjoyed an operatic career with multiple leading roles as an operatic and concert solo performer, she holds a BA in Choral Music Education, University of Michigan, a MA in Opera Performance, University of Alberta and Post-Masters Certiﬁcate of Performance, Northwestern University, Evanston, Illinois including doctoral studies. Before relocating to Canada, she held position of Voice Department Head at Trinity International University in Deerfield, Illinois. She now directs the Opera Kelowna Summer Intensive Training Program at University of British Columbia, Okanagan Campus.

As the founding artistic director of Opera Kelowna, Ms. Babbel has worked closely with the society’s board of directors to successfully nurture the organization into a solid strategic company including program content and initiatives. Ms. Babbel and directors have worked to determine and implement policies and programs and have set the company goals with concrete activities and thoughtful financial budgets.

Ms. Babbel has a keen ability to create an environment in which others succeed and envisions a professional opera company that will take its place on the national scene.